Sights of Puerto Rico: What to See and Where to Relax?

Puerto Rico is a sunny island resort, offering a huge choice of entertainment – it won’t disappoint even the most fastidious traveler. Luxurious beaches, modern infrastructure, and great nightlife attract visitors from different parts of our planet.

Puerto Rican nature is another advantage for travelers. Picturesque coasts, fantastic-looking canyons, emerald lagoons, mysterious caves and majestic mountains cause admiration, while dense tropical forests are the pride of an exotic country.

Puerto Rico is a great location for a family getaway in the middle of the Caribbean Sea, because the list of its interesting places is striking. Plus, the island’s well-developed road system makes it possible to use Payless car rental at Puerto Rico airport, which is the most convenient way to travel around the island. 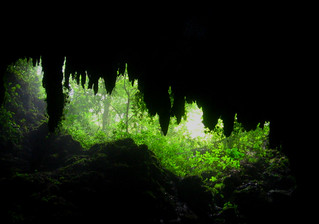 In the north-west of the country each traveler will be able to see Cavernas de Camuy, which is an extensive network of caves. Camuy Caves is a mysterious underworld, formed 45 million years ago.

In fact, not more than 200 out of the 800 halls have been studied so far, but only a small part of them is available for visiting. The natural miracle, which hasn’t yet revealed all its secrets to people, is impressive in its beauty and size. Sunlight hardly penetrates into the mysterious 200-meters-high and about 130-meters-deep grottoes, thus and a completely different world opens up in the underworld.

Experts have discovered rare species of blind fish that live in underground lakes, and the bizarre karst formations resemble alien landscapes. The tourists admit they have felt the magic of a unique corner with a mystical aura. This is a real immersion in another dimension. 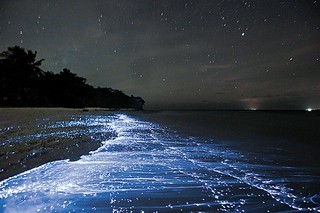 The natural sights of Puerto Rico surprise not only travelers, but also scientists. Three bays – Mosquito, La Parguera and Laguna Grande, glorified the country to the whole world. Bioluminescent reservoirs with a high concentration of microorganisms surprised the Spaniards discovered the island – the missionaries, who saw for the first time in their life how the water glows in the dark, thought it was the devil’s intrigues.

Dinoflagellates are unicellular algae, having a special enzyme that ‘turns on’ in water at night. Color illumination fascinates tourists who unwittingly contribute to the destruction of microorganisms that are very sensitive to chemicals, including tanning creams and deodorants. 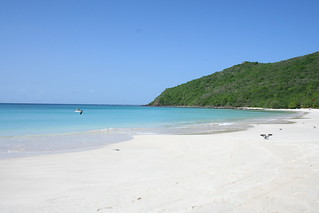 Culebra Island is an archipelago in eastern Puerto Rico, consisting of a large island and twenty-three small islands. On the islands of the archipelago there are no rivers or streams. Freshwater to the island is delivered from Vieques Island.

The island was discovered in 1493 by Christopher Columbus and at that time it was inhabited by the Taino Indians and was used by pirates as a refuge for more than three centuries. On the island of Culebra there are about two thousand locals. The main city of this island is Deva. The island has a large number of beaches, among which snow-white Flamenco is the best one.

Numerous dive centers on the island will please those who want to explore the Caribbean underwater life. Also, among the sights you can highlight is Culebra National Refuge, where you can see a large number of birds and turtles.

On the island you can stay in a cozy family hotel, rent a villa lost in the mountains, or choose a luxurious hotel. The most important thing is to admire the beautiful reefs, part of which is a natural area with limited visits.

Culebra Island has a small airport that allows you to get to the mainland and to Vieques. Otherwise, you can take a ferry from Fajardo, which is available 2 times a day. 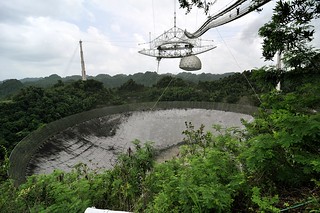 This is an astronomical observatory located in Puerto Rico, 15 km away from Arecibo. It’s located at an altitude of 497 meters above sea level. The giant bowl with a diameter of 304 meters and a depth of 50 meters is one of the world’s largest radio telescopes built inside a natural karst funnel.

The huge size of the structure is confirmed by the fact that many kilometers of cables were used to set up the telescope’s antenna over the reflector. The antenna irradiator is movable, suspended from three towers.

The homing of the telescope at a given point in the sky sphere is carried out by moving the irradiator. Currently, the telescope is used for research in the field of radio astronomy, atmospheric physics and radar observations of objects in the solar system. The Arecibo Observatory is also known for its participation in the SETI project. 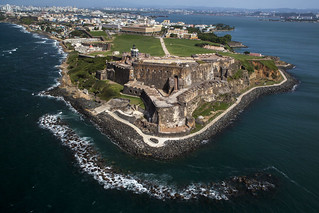 The fans of historical monuments should go to the old town of San Juan, where Castillo San Felipe del Morro is situated. The defensive fortress appeared in those times when the Spaniards seized the island and wanted to defend themselves against invaders from other countries who were trying to take it away.

The powerful structure, named in honor of the King of Spain, for a long time underwent numerous reconstructions. Protected by UNESCO, it’s perfectly preserved and attracts with stunning landscapes of the Caribbean Sea.